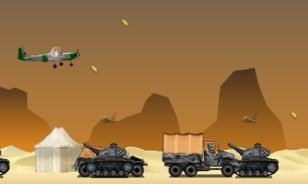 Down Arrow - Move Down

This game is based on the famous Ben 10 Ultimate Alien cartoon series which has featured 10 different aliens. And, in this surprising game, you will play with each alien of series. Isn’t it awesome? Yeah! We know you are too excited to play with your favorite aliens.

As you win and reaches higher levels, you can choose among many aliens. Let’s move to the gameplay section to zeal up your excitement.

In Ben 10 Ultimate Alien Collection you can choose between two modes to play; Easy and Difficult. As well as it is a multi-level game with a huge aliens collection for Ben 10 fans.

The game has twenty different levels and in the very first level, Swampfire will be your Ultimate Alien. While playing through levels, you can unlock different aliens and enjoy their amazing powers. In each level, your Alien will face a set of enemies. These enemies can be aliens and robots which will try to kill your alien. But you have to defeat them to win the game.

These ultimate aliens will help you to win your levels with their amazing superpowers such as Humongousaur has its special Super punch and Jetray has its Dash attack.

We have prepared the list of Ultimate Aliens with their superpowers and you can use these powers to blow your enemies up into ashes.

Aliens with their Super Attacks

Oh! What are you thinking? The game is not much simple even after the gain of Superpowers. Your enemy robots and aliens have weapons and they can attack you. So try to escape their attacks and smash them by attacking back. If you got hit a single time, you will be dead!

Once you have collected all types of orbs and killed all of your enemies, the wormhole will open. After reaching the wormhole, the level will be completed.

So, Ben 10 Lovers! Are you ready for this adventure? Go ahead and jump into the battlefield. Try your best to complete all thrilling levels.  Good Luck!! 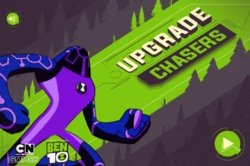 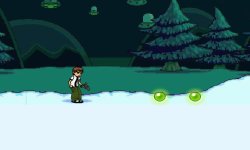