Ben 10 Sumo Slammer Samurai is a browser-based game that can be played online using your Mobile or PC. Warrior is walking through the village of China and facing different enemies in form of aliens. And you have to save yourself with Sword. 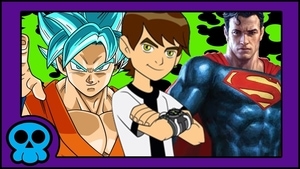 So, your Ben 10 which is an alien expert and now becoming the Samurai warrior in this game.

If you want to play more than one level, follow our guide to get to the next level of Ben 10 Sumo Slammer Samurai.

Ben got a new job to do, Now he has to defeat the Kenko and protect Ultra-t items. Tennison is not an only American hero, but also got a challenge to save Great China.

If we are playing Ben as Samurai, we have to use his new weapons and Samurai techniques. The weapons like Samurai swords, Ninja stars, and everything you have for fighting and enjoying the action game.

This is a kind of fighting game as well as a running game. As a Samurai Ben 10, you are attacking the aliens that cause you in trouble and collect coins yourself. These green coins are going to help you to increase the score.

Attack your enemies with Ninja stars and not let them attack you. Another exciting feature of this game is it allows Ben 10 to transform into two powerful aliens Four Arms and Cannonbolt. Ben can convert into any of these aliens to break the powerful walls to move forward.